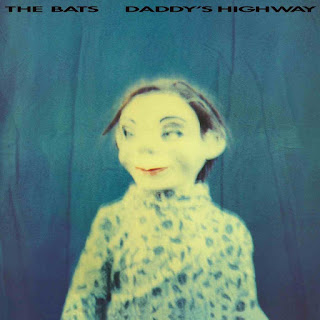 The Bats' first full album continues the early promise of their EPs and, with only the slightest deviations and changes since, established their sound for just about everything that followed. Scott and company may not be the most willfully experimental of musicians, but when they're on -- more often the case than not -- their lovely, melancholic songs simply hit the spot. Woodward forms the perfect singing partner for Scott, while guest violinist Alastair Galbraith brings his talent to the fore as he has for so many other New Zealand bands. "Treason" makes for a good start to the album, but the real standout on Daddy's Highway is the surging "North by North." Featuring a fantastic Galbraith violin solo, it gives the band the opportunity to show its sometime hidden strengths for more energetic, nervous material. Scott's vocal performance is one of his best, and the quick, on-edge pace seems to get even more so as the song continues. Quieter songs unsurprisingly abound as well, from the understated sweetness of "Sir Queen" to the gentle keyboard-touched "Candidate." "Tragedy" is one of the best in this vein, ending in a disturbing low drone (or at least as much of a drone as the generally quick-length songs by the Bats allow for). Though Daddy's Highway suffers a touch from the same problem that affects all Bats releases -- an increasing sameness, especially towards album's end -- it's still a great full album debut.