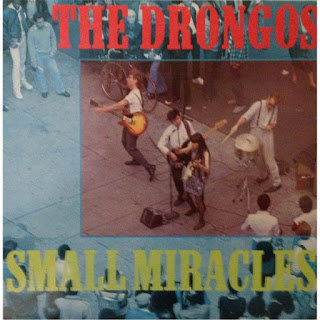 Their follow-up, Small Miracles, was recorded on the streets of New York, with just a few sidewalk sessions and some bass overdubs needed to complete the recording (on the street, Mitchell didn’t use a bass drum). ‘Substance Abuser’, the single, was a mix of power-pop and the cartoon punk of The Ramones.  The album reached #4 on the playlist charts of the US college radio stations, and many enthusiastic reviews. The Drongos’ New York attitude and initiative were apparent when they returned to New Zealand for several gigs in the summer of 1985-86. They arranged a local release of Small Miracles through WEA, and pre-arranged the venues and publicity. 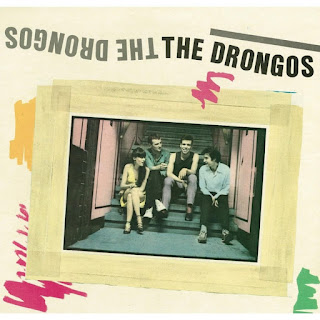 The Drongos were a quartet of New Zealanders that performed from 1979-1986 primarily in New York City. They were notable for their successful "busking" performances on busy Manhattan street corners. The New York Times called their eponymous first album "a delightful melange of funk rhythms, country harmonies, precisely layered electric guitar counterpoint and airy folk-rock sounds, with many influences, old and new, absorbed into a delightfully original sound." The Drongos originated from Wellington, where, as Red Alert, they were the backing band of the theatrical troupe Red Mole. Shortly after recording the live album Crossing the Tracks live at the Maidment, both Red Mole and Red Alert left for the USA. By this stage Red Alert were Richard Kennedy on guitar and vocals, Jan Preston on keyboards, Jean McAllister on guitar and vocals, Tony McMaster on bass and Stanley John Mitchell on drums.Their self-titled debut was produced by Steve Katz, formerly guitarist with Blood Sweat & Tears; it included the single ‘Don’t Touch Me’. 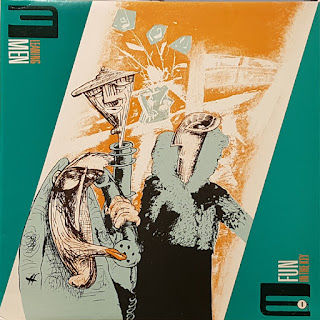 Fun in the Key of E, the band's lone full length, harbors a few misfires (most accumulating on side two) but the highlights are dazzlingly high indeed. Including the ten brief songs on the album proper, there are two compilation appearances as well. Some of the only pertinent details on the group are included in an online article regarding the Leanies record label, Meltdown. The band's lineup includes brothers Alan and frontman Lindsay Gregg, that passed away in 2011. Post-3LM, Alan went on to the considerably more renown The Mutton Birds. If any of the surviving members of the band happen to read this, do get in touch.